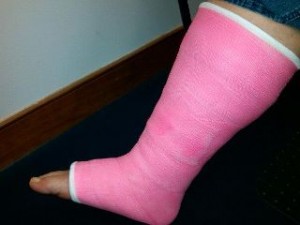 This is a question that I recently received via facebook from a good friend of the chiropractic profession who resides in another state quite a ways from the “Land of Lincoln”.

31 thoughts on ““I fractured my foot and it’s now in a cast. Could cold laser therapy help?””