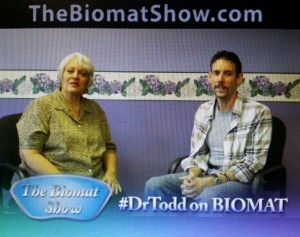 In this episode, Martha asks #DrTodd “How do you incorporate Biomat technology into your Chiropractic practice?” and “How do you feel about your patients who purchase Biomats for AT HOME use?”

Dr. Todd is also the business manager for his wife Eugena Austin’s Diamond Executive #TheBiomatCompany Distributorship. Eugena is a Licensed Massage Therapist. Both Todd and Eugena have implemented Biomat into their practices very successfully since late 3/2014 and have exposed well over 150 people to the technology in just 5 short months, having sold over 30 Biomats in the process. 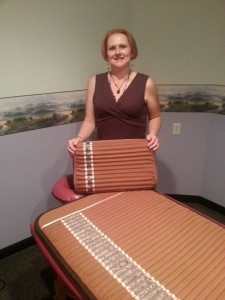 *There are also ‘unlisted’ episodes of “The Biomat Show” as well. They are for customers of Austin Family Chiropractic, customers of #BiomatGena and distributors of http://BiomatGena.com & for Cold Laser Consulting clients of Dr. Todd.

EPISODE #1 of http://TheBiomatShow.com SPONSORED BY: